Paid Bring Rugby past and present together

The man in the middle is a friend of mine and (past) legend in the local rugby community. His kids are both potential future legends in local rugby. Over the weekend we put them all in our top tier game and they played together. We won 32-25. Fo those who know rugby it was 1 score different (like football). The player selection was controversial because my friend is truly past the point where he should have been playing and his kids are not old enough (or good enough) to play men's rugby (aged 17 and 19). However all three played so hard for each other that is was an important part of the win.

I would love to commemorate the occasion with a picture that showed his sons along with how he was, more than how he is. Can anyone take some off the middle and add to the shoulders? You don't need to change the kids, they will both be awesome in time. I just want a pic that looks like the game we saw, It was 3 men fighting together not 2 boys and a fat man

Sorry that I don't have a lot of cash for this but I'd be happy to contribute $10 to someone. Preferably paypal but other methods if needed. 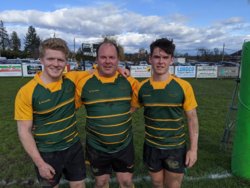 Hey mate! Hopefully this is what you wanted... The watermark is removed after the payment. 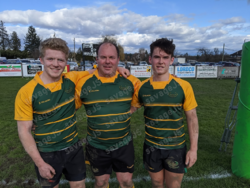 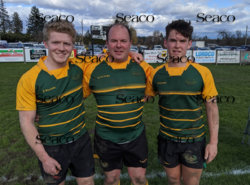 Here is my try. 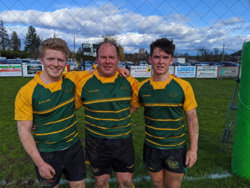 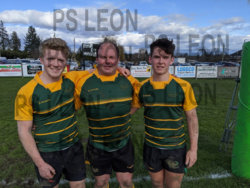 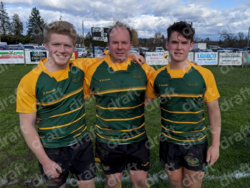 Sorry to leave this hanging so long. If they were all the same I would have went with the first responder but I really like the last one best. I PMed already but I'll leave the threat open until I hear back