Fake Movie Posters I Made For Another Forum

I made these a while back to bust chops on a politics forum.

I figured I'd post them. I've made many of these but lost most of them when my last hard drive crashed.

Not posting to start a political discussion or anything , just some stuff I've done.

I don't think there's a thing I would change about the first one, but the second one has a few areas that could be worked on:
The lines of text are a bit too close together, especially here.

Increase your line spacing a bit.
I also think that this bit is done rather strangely.

I think that the line that says "When Hillary Loses" should be in a darker font colour than the text below it. Maybe also change the font to something slightly different. I think it would also be better if you changed "It can only mean one thing" to be in all capital letters. It looks weird and inconsistent that the first letters of every word in "When Hillary Loses" are capitalised, but only the "It" is capitalised in the second line. It confuses the viewer and obscures where the emphasis is supposed to be.
The bit that says "The Russian Conspiracy" should not be in the same font as the "When Hillary Loses, It can only mean one thing" text, because "The Russian Conspiracy" is part of the title and the other text is not. To fit the theme of hackers, I would use a monospace font like bold Courier New.
The blending of the photos is very good. The people on the poster look to be in consistent lighting. Good job on that. I think this woman should be mirrored to face the other direction, though, for the sake of symmetry. 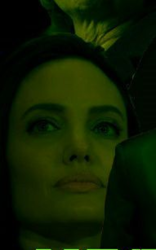 Overall these are both very solid works, and they look like real movie posters. Good job mate!
I tried using a laptop trackpad instead of a real mouse once. It was awful.

And some fake news. 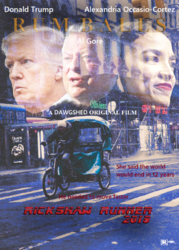 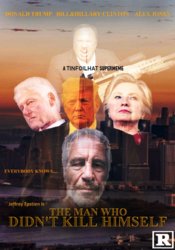 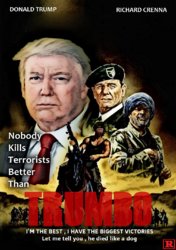