Work in Progress My first mockup

This is a mockup. I intend to write a program in Javascript to automate the replacement of the 5 polaroids photos. What do you think of this idea and the general composition of this mockup? All ideas will be welcome. 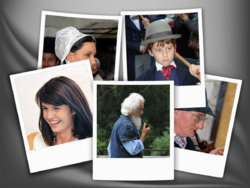 Dormeur74 said:
I intend to write a program in Javascript to automate the replacement of the 5 polaroids photos.
Click to expand...

You may need to explain this further. What app/program does one need to use the mock up? Photoshop? Have you used smart objects? How would a java script make changing the photos easier?


Dormeur74 said:
and the general composition of this mockup?
Click to expand...

There's too much overlapping of two photos, top left and bottom right.

The (drop) shadowing is not consistent with the bg material and lighting direction.

Example. Note how the shadow varies on an uneven surface.....

The shadowing seems to be all around the photos. There's no shadowing on the actual photos corresponding with the lighting direction.........they are too bright. Any photo laying on a surface has shadowing in accordance to the lighting.

The Polaroid frames are one dimensional and lack depth. The real photos were thick and stiff. They also lack texture. There also seems to be some curving of some of the Polaroids. This probably would not happen given the thickness of the photo frames, perspective, and closeness of the view............but if you feel it's needed, you should shadow them accordingly. 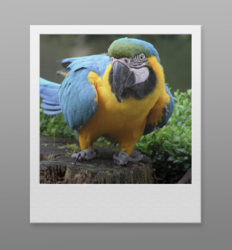 You're off to a great start! Once you add some details that would help with realism, you should be golden!
D

Wow...excellent.
If I have too many difficulties to fix lights and shadows (you are 100% right) , I think I shall work with a photo of real Polaroid. Thank you for these very relevant comments.
Regarding the Javascript program under Photoshop Extendkit, the user selects a folder in which he pasted 5 square photos and the program :
- loads a PSD file in which each photo is a smart object (5)
- opens and copies each photo on their own PSB file,
- turns the layer (each smart object has a different angle),
- and savse the PSB file (five times).
As soon as the script is written, it will be easier for me to explain its algorithm. I hope you understood my poor English.
D 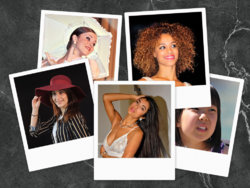 Sorry you created the script and then encrypted
even if one wants to modify and improve it, one cannot do it

for example and if one wants only 3 polaroids?
or
if one has rectangular photos and wants to fit those

The reason why I proposed a binary file (this is not a real encryption) is because it was a beta version in French. As my English is hummm...hummm, I did not want to upload a script too difficult to understand for people who do not understand French, even if it is very short (80 lines). But as you seem interested, may be could you help me making your own corrections. There will be appreciated.
Regards. Open source.
P

Ok
So I have a little time to take a look
and see if I can do something.
P

Interesting but I have a problem.
As a document must be opened first, I load TEST FRAME.psd before launching the script. Then, when I try to add pictures (button) I can add only one photo on the active layer, like on a basic mockup. Is there a documentation with this script ?
P