Not sure how easy or difficult this is, but I'd love to remove the ladder from this photo: 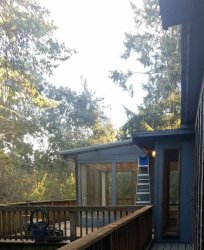 And the machine-thing from this one:

as best as possible. If you only do one of them, I'll give you $15. I can send via Paypal. Thanks so much!
A

working on other too 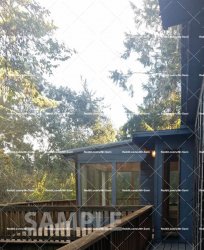 First attempt. Can make changes and still working on the other 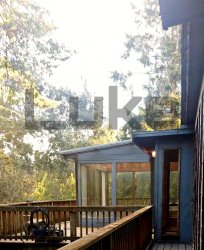 Here you have it. Tell me how you like it and if I need to make changes.

Wow, great attempts! Thanks so much to everyone.

Agrotuc92, I appreciate your contributions, but felt like the greenery outside the window in the first one (the blue structure) looked warped and a bit blurry compared to the original.

ZeroCreativity - thanks! I would pick both of yours, but your first photo (blue structure) didn't remove the items on the deck, while Mr. Force's photo did. However, Mr. Force didn't do a version of the second photo. So as it stands now, I like ZeroCreativity's second photo (the solarium), but prefer Mr. Force's first photo (blue structure) because he's the only person who removed the tools on the deck.

However, I'd prefer to deal with a single person, so...ZeroCreativity, if you could kindly do a version of the blue structure without the tools, you'd get the $35 for both. Likewise, if Mr. Force can churn out a great version of the second photo (solarium), we could work it out as well. But I'd have to see those versions to approve someone.

Thanks so much, I hope this is okay. If no one submits anything else, I guess I'd take Mr. Force's only photo and Zero Creativity's second photo (but again, I'd rather not split the payment).
Edit: I'm hoping to have the finished versions by tonight, if it's no trouble (in an hour or two). Thanks!
Last edited: May 16, 2021

I will give it a try, give me a few minutes.

Here is my second photo 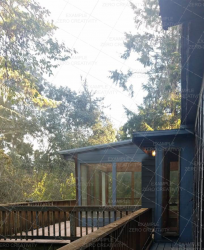 Thanks so much, Zero, but the little feet on the deck railing are inconsistent - see how half of it has feet and the other doesn't?

I'm going with Mr. Force's version, but thanks so much to everyone! Mr. Force, please PM me your Paypal info and I'll send you the $35 right away. Appreciate you all!

Money sent! Thanks so much.

Thank you got it
Removed Watermark: 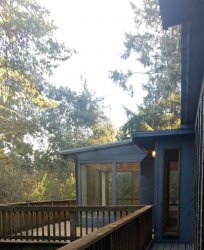