HI, I'm looking to merge the below into one image to start a creating a tattoo project. This is a start and this is what I'm looking for now: put the eye (2nd pic) in the middle instead of the vortex (1st pic), remove the person and the planet surface at the bottom - the picture can be trimmed, I don't mind (1st pic) and put the dragon somewhere in the background (3rd pic) with stairs (4th pic) starting at the bottom leading into the central part but please add more stair to make the total 33 and add the number 2178309 above the door. 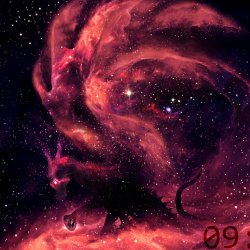 If someone is interested in creating a custom made tattoo project please PM me and I can give more details of what I am looking for and we can agree a price. The above is just to get the project off the ground so when I'm speaking to tattoo studios they can have a better idea of what I got in mind

maciekwsp said:
please PM me and I can give more details of what I am looking for
Click to expand...

In order to avoid confusion, please post any details related to this request in this thread. Thanks.
M

My idea is based on a series of lectures by Jordan Peterson on Maps of Meaning... Roughly speaking it is about the idea of voluntary confrontation of the "dragon of chaos" and going into the unknown despite the danger lurking in there. Given that there are many threats in life one can either stay hidden and try to avoid any confrontation or getting hurt or alternatively voluntarily go out to face the chaos and map out the unknown. You can think of many aspects as the "unknown" and one of them being how to act as person in the world, how to conduct yourself in different situations, how to deal with malevolence in the world etc. They eye is there as seeing is one of the most important "treasures" you can get by defeating the "dragon of chaos"

So that's what I've made so far, since you didn't really specify where to put "vortex and eye" thing. I only did "sketch" of dragon stairs and number above the doors. Tell me where you want me to put last element to finish this.

Thank you for prompt reply, could you please put the eye in place of the vortex and place it above the dragon and stairs.

Did you mean something like this? Or maybe I should put it farther to the right where there is more room. 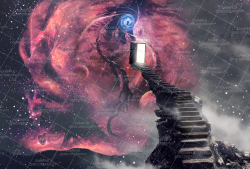 This is good for a start! If anything I could only ask for the whole picture to be rather higher than wider as it's meant to go on the back and if for the vortex to be more eye shaped

Here's what I've been working on - first try at a composite for me.
Maybe this works for you.
- Jeff 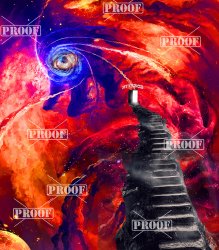 More squared and eye is now more "eye shape". How do you like this now? 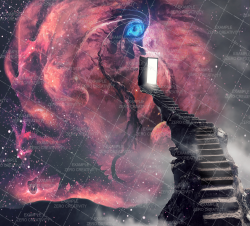 JeffK said:
Here's what I've been working on - first try at a composite for me.
Maybe this works for you.
- Jeff
Click to expand...

maciekwsp said:
Thank you for your project but I will go with the other one for now as it's closer to what I'm looking for
Click to expand...

You're most welcome and completely understand. It was a very intriguing concept!
- Jeff