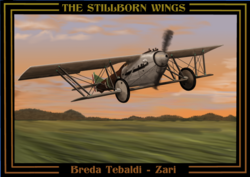 In the year 1919 was in the Zari brothers' factory built a prototype of fighter biplane designed during the war by Italian designer Tebaldi. Later, both the prototype and the design rights, was bought by Breda company. Breda re-engined the prototype with a 224 kW (300 hp) Hispano-Suiza HS-42 V-8 water-cooled engine. In 1922 and drafted an agreement with the Italian government to produce three more aircraft, but no production order followed. The original Tebaldi-Zari prototype was entered in the Italian 1923 fighter contest. The Regia Aeronautica (Italian Royal Air Force) took no interest in a production order, and no further aircraft were built.
Everything will go bad anyway - why to be pesimist, then?
D

This images were created with a Photoshop script. If you need it, it is free. 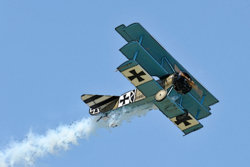 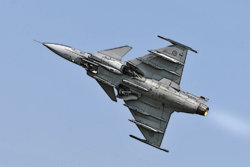 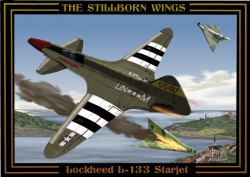 The Lockheed aviation company was the first in the United States to start work on a jet powered aircraft, the L-133 design started in 1939 as a number of "Paper Projects" by engineers Clarence "Kelly" Johnson, Willis Hawkins and Hall J Hibbard. Throughout World War II, the development of a jet-powered aircraft would be key for the air battles of the war. United States Army Air Forces (USAAF) took note of the design, but at the time they showed no great interest in the idea of a jet powered fighter and missed the opportunity of giving the United States a lead in this new technology. Without the support and funds of the USAAF work on the L-133 fighter and its engine the L-1000 came to a halt. When the USAAF began to show interest in the idea of jet fighters in 1942, due to intelligence reports of the advances in jet propulsion by the Germans and British, the USAAF turned to Lockheed for its first operational jet powered fighter, the P-80 Shooting Star.
Everything will go bad anyway - why to be pesimist, then? 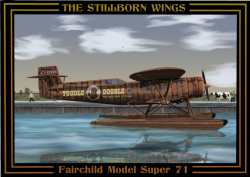 In 1933, the Fairchild Aircraft Company undertook a study of new designs based on their Model 71. A decision to mount a parasol wing above the fuselage coupled with a rear cockpit position, clearly distinguished this model from the rest of the Fairchild 71 series, although the company designation maintained the family lineage. the Super 71 prototype, CF-AUJ, flew for the first time on 31 October 1934. After the aircraft completed airworthiness tests, it was loaned to Canadian Airways which conducted operational trials in both Quebec and Ontario (in 1935 even transported two living cows). The original 71P was written off after running into a submerged log and sinking off Sioux Lookout, Ontario on 3 October 1940. Although the airframe was salvaged, Fairchild did not replace the aircraft with a completed Super 71 still at the factory, as the company was involved in a complete redesign based on the Super 71P.
Everything will go bad anyway - why to be pesimist, then?
You must log in or register to reply here.
Share:
Facebook Twitter Reddit Pinterest Tumblr WhatsApp Email Link