I got no idea if this will be a hard task or not, im not the greatest at photoshop.

Bascially what im looking for is something similar to the csgo header i added (similar color style etc.), except with the man in the picture, if it would be possible to turn him frontwards with the same pose as the assasin creed picture i added . If its possible to add a gladiator helmet on him, an ak 47 in one of huis hands while having them crossed and it pointing downwards, AWP sniper rifle on his back and a M9 Bayonet knife on his west belt, possibilly in the same color (black background and white text/man) if adding a grey/or other color around the man makes it looks better and easier to do that will do just fine!

Hope i didnt formulate my self too bad to be understood, didnt have a very clear idea of how to describe it. 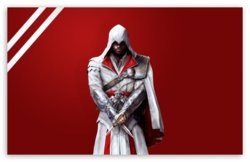 Edit:
Forgot a outcast of helmet! 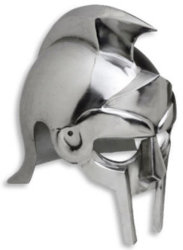 If this is possible, id be so greatful, not very good at this myself!

And please do tell if i crossed any of the rules! not sure if i did or not.

Do you mean fully geared soldier.. something like that?
Life is so great, You can achieve anything you want if you had the confidence and faith to do it.

You ask for a lot of detail for something in silhouette?
[SIGPIC][/SIGPIC]
​
K

Yeah, i was thinking it might be too much for something in silhouette, might be better with just the pose with a helmet on him and a ak47 pointdownwards?

Might be a dumb post, considering i have low knowlegde of this, just didnt know where to turn to have a decent picture made

Thanks for the respond!
K

yeah was basically asking for that, just combined with a glad helmet and standing in the assasin creed pose.

Not dumb at all, just pointing out it would be crowded and might look to crowded.
[SIGPIC][/SIGPIC]
​
K

hmm yeah, i see what your saying, do you think it would look better if it was done like i said in the other comment?
K

Starting to figure out that this will end up **** anyway, sat some hrs myself playing around checking if i managed to get something good, but no way this will end up good in a silhouette style.

Anyone know if they can hook a good banner up for a csgo site, with something similar to the info i posted in the thread? kinda lost with ideas atm..

Anything will be greatly appriciated!

Had a friend of mine helping me out creating one, ended up something like this:

Would anyone here be able to create something similar with a more Rome/colosseum/Gladiator theme? And with like a slogan of "Watch. Bet. Win.?"